The retailer, which operates more than 5,400 Walmart and Sam’s Club stores in the U.S., also recognized three suppliers at the 1 February “Sustainability Summit” at Walmart’s headquarters in Bentonville, Arkansas.

Frozen seafood supplier North Atlantic Inc., based in Portland, Maine, was recognized for its engagement in Fishery Improvement Projects across the globe.

“They were also the first supplier to sign up for the Ocean Disclosure Project,” Eastham said. North Atlantic also operates Bali Seafood International, which is building a commercially sponsored fishery management model for small-boat fisheries in Indonesia.

“This forum provides us with the opportunity to reflect on what we have accomplished and what we can do to accelerate progress toward sustainability – so that we can enjoy not only a vibrant seafood industry but vibrant oceans,” Eastham said.

By 2025, Walmart will expand and enhance sustainable sourcing to cover 20 key commodities.

“This is an important issue for Walmart, as seafood is one of the commodities we have pledged to be a part of our long-term sustainability commitments,” Eastham said.

“Our goal is to build transparency and continuous improvement with the seafood supply chain, so that we can build confidence and provide for our customers now and in the future,” Eastham said.

At the meeting, Walmart executives highlighted the retailer’s progress in sourcing sustainable seafood to date and discussed the company’s future goals. Eastman said by 2025, “based on certain factors including price and demand,” Walmart U.S., Sam’s Club, and Walmart Canada will require all canned light and white tuna suppliers to source from fisheries that are either third-party certified or engaged in fishery improvement projects (FIPs). The company has also committed to carrying FAD-free and pole and line canned tuna in its U.S., Canadian, and ASDA-brand stores, Eastham said.

Other recent global efforts by Walmart to improve the sustainability of its seafood include: 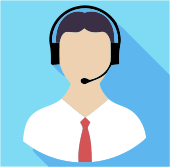